In 1986 he joined the R&D department of an Italian company producing human diagnostics.

Enrico joined the EPO in 1989, where he worked as an examiner in the Biotech field first in The Hague, then as of 1993 in Munich. In 1998 he passed the European Qualifying Examination.

He became director in February 2010 in the cluster “Pure and Applied Organic Chemistry” (PAOC) and managed three directorates in different technical fields: a) medical uses of natural substances, b) cosmetics and c) organic compounds, their preparation methods and uses respectively.

Enrico was also active in the training of EPO examiners (general introductory newcomer’ courses as well as advanced courses for opposition division’s first members and chairpersons) and has given lectures on biotechnology and chemical patenting issues as well as on procedural matters at a number of conferences and seminars. 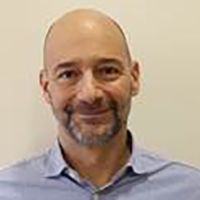 We are using cookies to provide statistics that help us give you the best experience of our site. You can find out more or switch them off if you prefer. However, by continuing to use the site without changing settings, you are agreeing to our use of cookies.
I agree